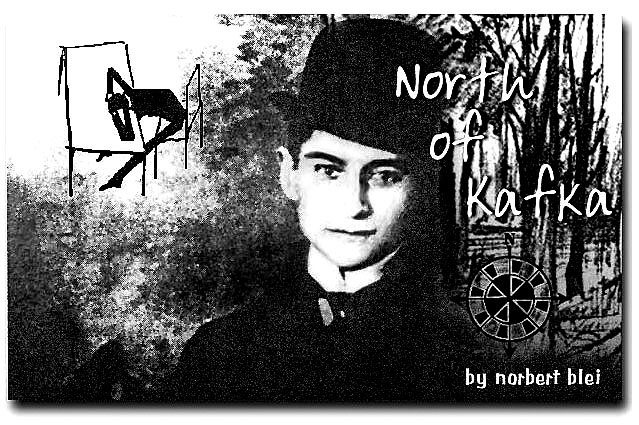 (How I Celebrated My Birthday the Other Day) 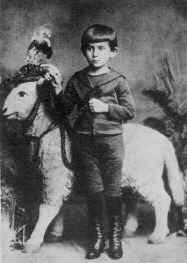 He was writing something else in a notebook at the time when Kafka had a few words to say. Which often happens when working on one thing and another thing takes over.

It’s always a matter of time. Or question of time, I thought, he thought, trying to retrieve the day, the moment…the day of birth.

Did Kafka have a Happy Birthday, ever? Did his overbearing father buy him a toy? Did the many loves of Kafka, Felice, Grete, Julie, Milena, Minze, Dora, ever send him a birthday card, bake him a cake, buy him a gift, take him out to dinner in Prague? Did he blow out all the candles on the cake? Make a wish?

“Last night during a brief half-slumber it occurred to me that I ought to celebrate your birthday by visiting all the places important in your life,” Kafka wrote in one of his many letters to his beloved Milena.

So there were birthday celebrations in his life.

So it was a “special occasion” for me, but not a good day, ‘the other day’. Birthdays never are for me. My celebration of the event in the past was to dismiss them. Avoid thinking about them, mentioning them, counting them. There was a period in my thirties and forties when, if I were asked, “How old are you?” I would reply, “I don’t know.” Which was true, I distanced myself that much from the astrological time in late August when Leo roared for the first time and demanded attention.

I lived a long while, quite happily, in a place where I held Time at bay…until the sixtieth decade when a social order of early-old-age warning signals (ARP, hearing aid offers, insurance companies…) more importantly, Social Security, Medicare arrived in my mailbox, invaded my consciousness. The face in reflected the mirror was no longer who it once was. (“I’m how old?”)

Alas, (“You must remember this…” ) you really can’t run, can’t hide. CAN’T do anything but a little less and less… “As Time Goes By.” (“It’s still the same old story…” ) Time to be let out to pasture—though you know in your bones, Writers never retire…scratching their epitaphs into the earth with a stick, determined to get down the last word.

“So, what do you have to say for yourself, now?”…the years whisper in your head every day, a constant reminder, a veritable pain in the ass and other body parts. Sinatra singing in the dark: “But the days grow short…the days dwindle down to a precious few…”

Yes, another year (not a good one) rolled around, ‘only yesterday’. There was no cake, there were no candles, no “Happy Birthday to You” refrains…only a few cards a few days arriving well before the official day of birth and a few gifts.

Which, unexplainably, all seemed more welcome than ever before. Hilarious, ribald greetings from a favorite aunt. Thoughtful words from son and wife, and daughter and husband…my three spectacular grandkids. Thank you, Thank you! An e-mail greeting from my ex in CA (Thank you); and from a longtime lady friend in CA (Thank you). Others, I’m certain (given the US Mails), to arrive late.

A couple of folks here (writer-friend Robb Zee and pastor-friend, Michael B) stopped by with greetings and a gift of books, (Thank you! Thank you!) Nothing like the gift of words and more words.

Not that I expected this…or anything from anybody. Though that might be a lie. Feeling more and more estranged these days…from everything…everybody. Estranged, a word I grow more comfortable with these days. Especially today, yesterday (the day before?) my official B.Day. Overcast. A day attired in early morning fog, then dressed in gray till I too adopted the wardrobe by midmorning, stepped into the elements, the nature of things, felt gray, spoke gray, looked gray settled into a time and place of estrangement without knowing it. Silence. Do Not Disturb.

First stop, the post office, where greetings galore would be waiting for me on this historic day. Contents of P.O. Box 33: one magazine, one piece of junk mail, one Happy Birthday greeting card from the local bank: “Warmest regards for a wonderful day filled with special joys and simple pleasures. From your friends at Baylake Bank.”

A happy occasion, a sad commentary, a moment of estrangement.

I headed to town seeking to celebrate my own birthday my own way (which I had been good at in the past). Which (when alone) (which was often) resulted in the search for good Chicago-style pizza (almost non-existent this far north)…and an annual over indulgence in one hell of a banana split.

But TIME (and the introduction last year, my very first year of bad health bordering on deadly, followed by the redundancy of recuperation, ever a work in progress) had caught up with me. The worst of all worlds possible: I had lost my appetite, my sense of taste. Pizza and cardboard were one and the same. Steak, cheeseburgers, prime rib, salads, eggs, French toast, Nada e pues nada. Only rich, thick, quality chocolate ice cream hummed in my taste buds, “The Way We Were”.

How to honor a birthday in twilight time?

I stopped at the re-sale shop (part of the local care center), and treated myself to a beautiful pair of like-new kaki jeans, $5. “Dead men’s clothes”. Which they often are. Sometimes you see a piece of clothing walking around town (sweaters especially) which you know belonged to an old friend who passed a few months ago. “There goes Frank’s ugly blue and white sweater—born again.”

Next stop…an art gallery. A nice piece of pottery. A welcome gift. A bowl, a vase. Happy Birthday to me. A pot that says hold me, feel me, fill me, love my glaze, my shape…make me a part of your visual life, close to where you sit and read the night away. But nothing spoke to me. Empty-handed.

The seduction of some special birthday food began playing with my “the-way-we-were” brain—a tasty, crusty, delicious French bread for sure…some good cheese, a little red wine. I could almost taste it. I went to see Annie at, TOP SHELF. Only Annie wasn’t there, wasn’t in. And all the French bread was gone. Too late in the day. Too late, too late, too late.

I walked back to the car while a slight shower of self-pity rained down upon me. It felt good. I welcomed it. Looked up soulfully to an umbrella of gray-on-gray.

I drove home. Defeated. Had a bowl of cereal with sweet slices of a ripe peach for lunch. Which resulted in what has become a common, daily recuperation occurrence since last year’s surgery: Crash-city. Sick again to the stomach. Estranged from my body for the next two hours…from my old self, my better self, my energy, my work, my pursuit of everything.

By the time I could lift myself out of the chair, somewhat handle the old crappy feeling, get back to the coop, work myself through stomach-misery revisited, it was too late in the day, too late in the afternoon of this historic B. Day to accomplish anything to my satisfaction. Not to mention that afternoons have never agreed with me. I would banish afternoons entirely. And Sundays.

Happy Birthday phone calls? Two, son and daughter, that I luckily happened to answer. Though there may have been others—which I still have not retrieved. Have I mentioned how estranged I am from phone calls? How often I leave the phone off the hook? Let the answering machine deal with whoever, whatever? whenever? How I am prone to delete messages without listening to them? How I hate making calls? Even more, receiving them—at night? Especially at night!

I wish I could say I know the answer. I wish I enjoyed answering. I wish one could live without a cell phone in this day and age. Age… But one can’t. I can’t.

Even Kafka used the phone.

The not-so-happy-birthday disintegrated into night. A fitful sleep. A new morning of wakening alienation, creeping light. Another day. Sixteen hours older than the day before.

I dressed, drove a short distance to town for breakfast at a local restaurant where I was certain (this being one of only two days each week she worked) that Stef, one of my all-time favorite local waitresses, would be there to greet me in booth # 4 or #7, would be chirpy, smiley, cheery, see that my ‘early bird special’ (two poached eggs, whole wheat toast, potatoes, black coffee)’ or two slices of French toast, would be prepared and served exactly to my liking …see to it that the sun lit up the day whether it did or not.

“Don’t tell anyone,” I told her. “Yesterday was my birthday. Thirty-five, yep, getting a little gray. But don’t sing Happy Birthday to me, or bring a piece of cake from the kitchen with a candle stuck in it. I hate that!”

A short time later she returned with my breakfast platter and a small watermelon wedge, a flickering candle stuck into it. “Happy Birthday to You…” she sang to me in her beautiful voice.

I finally blew out the candle. 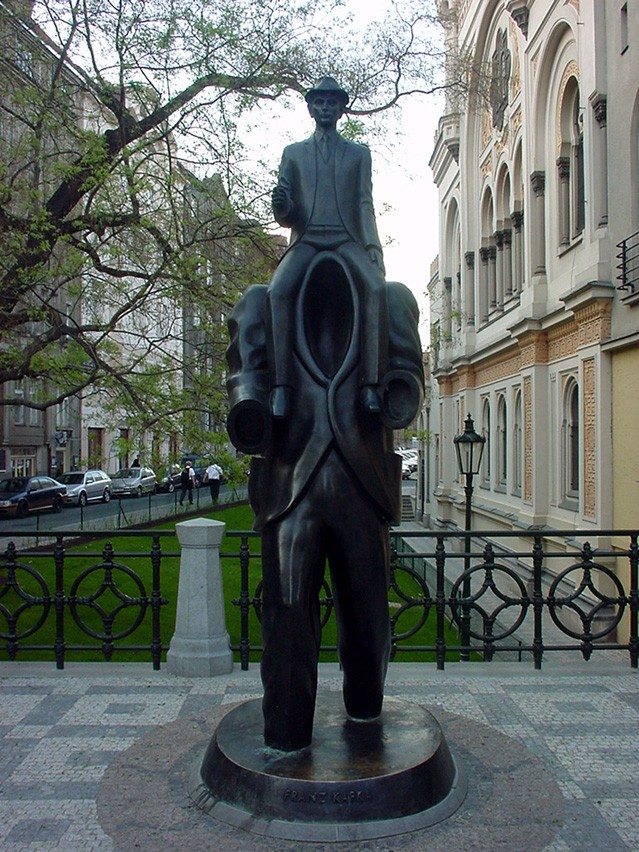